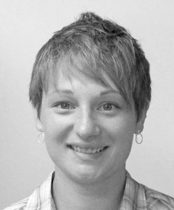 Shannon received her bachelor’s degree in kinesiology from the University of Maine, and went on to obtain her doctorate degree in physical therapy from the University of New England. She also was a division I athlete as a member of the UMaine softball team from 2000-2004. After college, she began specializing in orthopedic rehabilitation with an emphasis on manual therapy techniques including muscle energy technique, strain counter strain, Graston technique and the techniques of Kaltenborn and McKenzie. She then moved to Vermont as Director of Vermont Sports Medicine Center’s clinic on Killington mountain to treat a more sports specific population. Her work there included rehab of skiers, snowboarders, runners as well as many work related injuries. Here she began utilizing manual techniques as well as functional exercise prescription to rehabilitate all ranges of injuries from post surgical, upper/lower extremity dysfunction, lumbopelvic dysfunction and various non-surgical injuries.

She joined the OA team in 2011 to continue to focus her efforts on treating the athletic population, with an interest in rehabbing the young athlete, and a more specific interest of treating throwing athletes. Other interests also include running related injuries, running mechanics and throwing mechanics.